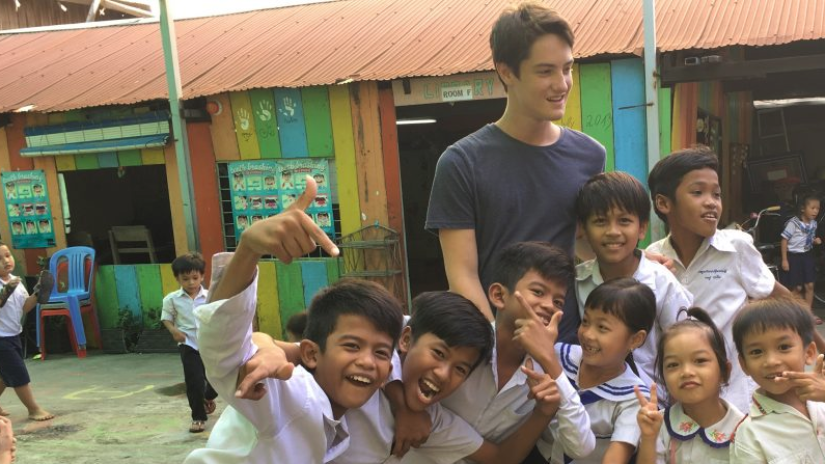 In spring 2018 All Capital Charity organised a fundraiser for the refugees on the Greek Island of Samos. A total amount of EUR 22,000 was raised. In Summer 2018 Tijn Jakobs, the initiator of the fundraiser, went to Samos on behalf of All Capital Charity as a volunteer and to make sure that the donations were well spent.

Tijn volunteered at the NGO’s Samos Volunteers and Still I Rise. Most of the days he assisted with the construction of a youth center, helping out in a laundry station and sorting clothes at a warehouse. In between Tijn facilitated activities for children in the refugee camp. The money raised was primarily spent on inventory for the New Youth Center, to be used as a school, and a new building for the Berlin refugee law clinic.

The New Youth Center was ready for use in August 2018. Once back at home Tijn was impressed by the situation on Samos and said ‘I saw joy on the children’s faces as they finally walked into their finished building…‘. In the process of building and setting up the school many of the kids came in to work with us; therefore we named the building Mazí, which means together in Greek”.

Now the school is built and in use, to Tijn his opinion there is still an important thing missing: a playground. Refugee children are not allowed to play in public playgrounds. Therefore the children in the refugee camps do not have an outside place to play and be kids. Tijn said ‘Even though the children I met there are the most resilient children I have ever seen, they are still children and they have the right to be children and to have a playground to do this in.’ In October 2018 Tijn started a new project raising money for a playground next to the new school. Donations to this new project are very much appreciated. Please use the donation button to contribute to this project.